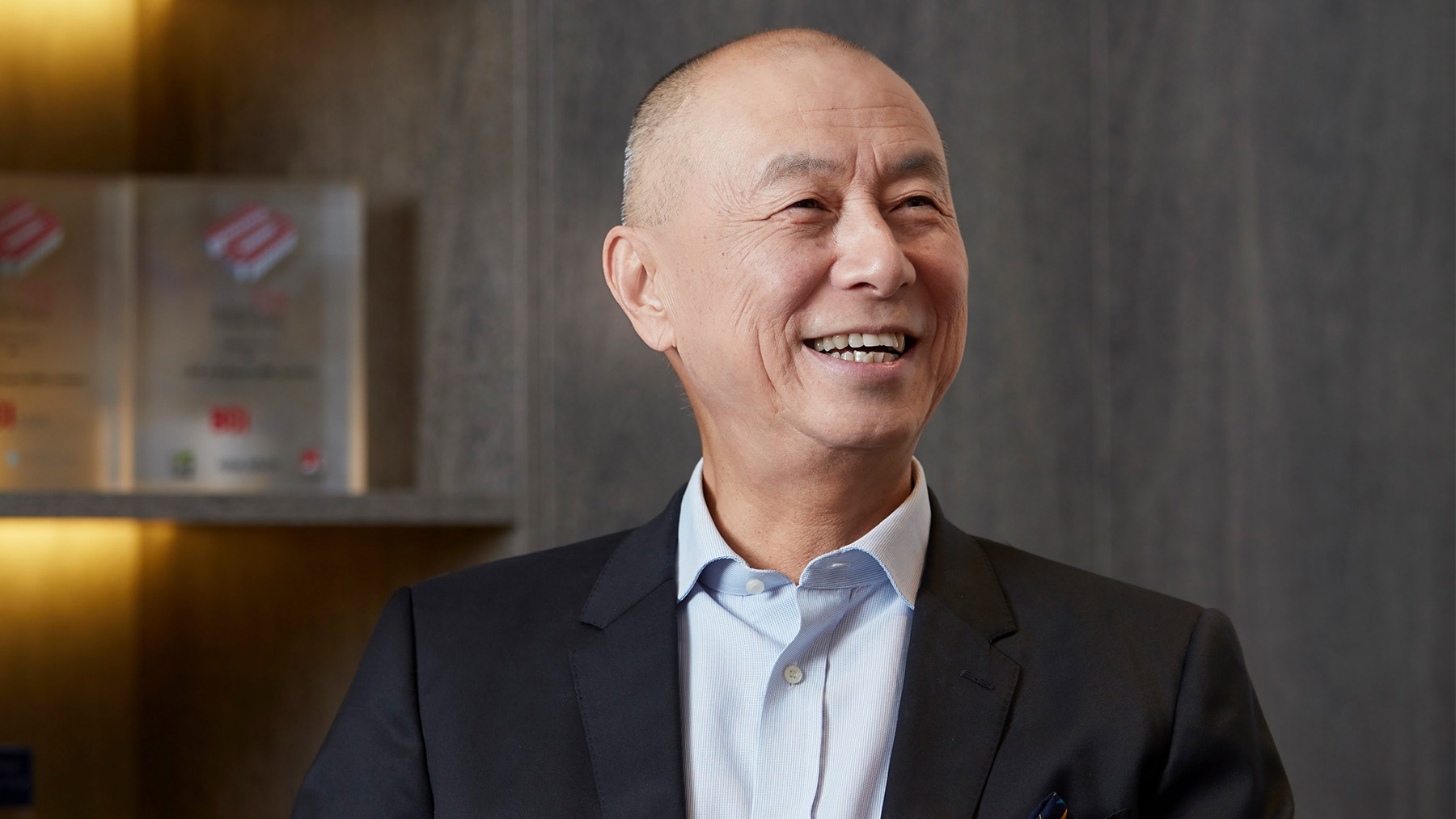 FROM THE GROUND UP

Taking cues from his art deco-loving father, Ronald Liang has built his Hong Kong-based practice LWK + PARTNERS into one of Asia’s most fluid and diverse design firms.

No one has probably witnessed Hong Kong in all its glory – both varnished and unvarnished – like Ronald Liang.

The Kowloon-based firm has offices in both Hong Kong and Macau, as well as in mainland China. Its designers fan out all over the region, to commissions in Malaysia, the Middle East, and South Korea.

Liang, who serves as Managing Director, credits his father as the first of many tastemakers. “My father was born in a golden era of architecture in Shanghai. His descriptions and romanticising of art deco style were imprinted in my mind at an early age,” he recalls.

Australia furthered the culturing of Liang, who obtained his professional degree from the South Australian Institute of Technology in Adelaide. “In my high school days in Australia, I assisted an architectural student. This, and my experience with my father, influenced my life and cemented my desire to be an architect as a lifelong career.”

Liang’s due-paying years in Oz would serve him well on his return to Hong Kong, where he established LWK + PARTNERS in 1986. “Compared to Hong Kong’s projects, Australian projects were of a smaller scale with much more emphasis on quality. This informed the basic DNA of the firm,” he says.

Professing a form-follows-function creed, LWK + PARTNERS had its hand in the design of several Hong Kong public housing projects in the late 1980s. It would later cultivate a reputation for architecting high-rises, paralleling Hong Kong’s transformation into one of the world’s highest-density cities. The ONE in Hong Kong, for example, rises 171 metres—the tallest retail complex in Asia.

“Limited space is one of the characteristics of cities like Hong Kong, so we transform this characteristic into our design to fulfil the needs of users and clients,” explains Liang. “For every project we work on, it is important to deeply understand the people, culture and landscape of the community we design for, and to merge these elements into the project.”

Liang reveals it’s still his favourite. “We spent a lot of effort on the residential project to make it a premium address at the time. This project was a great opportunity for LWK + PARTNERS to develop and create a series of luxury houses in Hong Kong and therefore build up our reputation.”

The call of the mainland had become a din by the turn of the millennium. In 2001, the firm opened an office in Shenzhen, the first of more than 20 in China. Almost instantly, the disconnect in styles between Hong Kong and the mainland presented itself.

“In China, urbanisation is rapid, and people are looking for new lifestyle [centres] to cater to their diversified needs, for example, live, work, leisure, culture and social needs. Therefore, large-scale and mixed-use projects have been in high demand, from first-tier cities 10 years ago, expanding to second- and third-tier cities in recent years,” says Liang.

LWK + PARTNERS’ journey in China would set it on a long road of urban planning and design. Transit-oriented developments currently represent a key development area for the firm, especially as the Belt and Road Initiative reshapes China from within. The firm has been involved in developing sites around the Shenzhen Metro and Hangzhou Metro, as well as “The Golden Mile” between two metro lines in Shenyang.

For every project we work on, it is important to deeply understand the people, culture and landscape of the community we design for, and to merge these elements into the project

“As architects, we provide optimal solutions to urban planning and design that facilitate cultural integration and sustainability while these solutions reveal and respond to the government’s strategies and policies on urbanisation and development,” says Liang.

Prescience is the name of the game at LWK + PARTNERS. “Sustainability has been a hot topic, and how technology goes hand in hand with sustainable and green architecture will get more and more attention from the industry, governments and the general public,” says Liang, no doubt influencing the firm’s recent decision to design the Gallium Valley Science Park in Hangzhou.

The formation of a sister company, isBIM, greatly bolstered its building information modelling (BIM) capabilities. “Built spaces today is about creating experiences and encouraging interactions between its users, while technology can help us optimise future designs and accelerate the realisation of true smart cities,” says Liang.

As much as it likes to look forward, LWK + PARTNERS cherishes the past. In 2010, the firm added a team of conservation specialists, LWK & Partners Conservation, revitalising heritage sites such as Light Housing in Sham Tseng, Hong Kong and Danzishi Street in Chongqing. “Hong Kong has been so well developed that revitalisation and heritage preservation are rather key to the city, giving the architecture as well as the community a second life,” says Liang.

The practice today provides a comprehensive spectrum of architectural solutions, covering the full lifecycle of a project. LWK + PARTNERS are not just architects and interior designers; they are also BIM experts, lighting designers, urban planners, heritage conservationists, and more.

In that way, Liang and his partners are like Hong Kong itself: diverse, never generalist, always moving forward. “I believe that great design has infinite possibilities and direct positive impact on people’s lives. The key is to adopt a holistic view on people and built environment,” he says.