In September 2021, the State Council of China officially announced its plan to build a Guangdong-Macau in-depth cooperation zone in Hengqin, an island located in the southern part of Guangdong’s Zhuhai, separated from Macau only by a bridge. While Hengqin has always been a natural connection point between Macau and Guangdong, the plan is a strong statement of a synergistic future and deeper integration for the neighbours. Under the new framework, intensified economic and social cooperation between the two and greater improvements in urban infrastructure can be expected. As more Macau residents will choose to live or work in Hengqin, cross-border mobility and exchange will also shoot up.

Hengqin Port Mixed-use Development, Zhuhai, China is situated right beside the Hengqin port itself. Architect LWK + PARTNERS designed it as a transit-oriented development (TOD) with efficient programmes closely integrated with convenient transport, setting an excellent foundation for capturing the latest development opportunities. As a multipurpose development, the project makes an engaging urban lounge at the city’s gateway which revitalises the island community.

Rapid urbanisation has brought a range of urban threats to cities of China, such as densification, traffic congestion and environmental pollution, just to name a few. These not only put pressure on resources, but are directly affecting the quality of life of inhabitants. TOD has consequently risen as a major development model in Chinese cities, which forms walkable neighbourhoods through effective planning of functional spaces, railway connections and the creation of a friendly and accessible pedestrian network. The result is ‘station-city integration’ emerging as a way of living that energises the community, providing more efficient use of land and growing interconnectedness between living, work, recreation and public services.

The TOD model is best fit for high-density cities with extensive railway networks. However, as every city is economically, socially and environmentally unique, there is no single way of building successful TOD communities. For cities to gain the most from TOD, its planning and design principles must be adapted with consideration of local characteristics like population density, travel habits, development goals, culture and history.

Hengqin Port Mixed-use Development consists of two super high-rise towers standing at 203.9 and 164 metres with a four-storey podium and a four-storey basement. It has offices, a hotel, retail spaces and serviced apartments directly connected with the port and associated commercial facilities. The Hengqin port is where the 2020-opened Guangzhou-Zhuhai Intercity Railway extension meets the future extension of Macao Light Rapid Transit, while the famous casino- and hotel-studded Cotai Strip in Macau is just a few minutes’ drive away.

Hengqin is an island with limited land. Hengqin Port Mixed-use Development adopts a vertical programme with a strategic organisation of functional spaces, public spaces and landscaping, creating a strong urban connector. While it links the port’s facilities, traffic planning and surrounding streetscape with thoughtful planning and building designs, multilevel underground spaces and footbridges allow people to channel through communal areas and enjoy a comfortable user experience. As regional development speeds up, the project is well positioned to facilitate further reform and upgrade of the city’s industries and living standard.

The project brings about a comfortable and convenient slow mobility system that unifies with its surrounding environment, road network and the port. An all-weather walking route is set out to reduce the need for cars, encouraging a healthy and sustainable lifestyle in the community.

The retail podium is planned as a link between lifestyle and work, with a diversity of public spaces to promote the integration of outdoor and indoor spaces and provide an engaging transitional zone for passers-by and interchange passengers. It also relieves the impact of the building mass and creates a sense of arrival for those entering the city through the port.

Embracing Hengqin’s goal to become an eco-friendly city, the project’s modern architectural language expresses both a humanistic spirit and respect for urban ecology. The two towers stand in complementing heights with one another to create a dynamic skyline inspired by the natural landscape in Hengqin. By adopting a streamlined design and marine palette, it also avoids disrupting the native landscape and coastal environment.

LWK + PARTNERS consciously incorporates local symbols, styles, forms and construction methods in the architectural details. The façade is clean and simple, free of over-decorative elements and with horizontal features on every floor to balance out the sharp tall tower form. The scale, texture and materials of the façade also resonate with the adjacent buildings.

To save energy and foster a biophilic built environment, the overall planning, layout and building fabric are all designed to favour summer shading and natural ventilation. Green roofs are also treated as a fifth façade to raise the presence of natural greenery. The project qualifies for a three-star rating under China’s Assessment Standard for Green Building (GB/T50378-2014).

As China’s society becomes increasingly aware of natural conservation and environmental health, TOD as a planning approach is shifting from a purely functional, efficiency-driven and compact model to one that aspires to liveability, low-carbon building and harmony between people, cities and nature. The idea of ‘station-city integration’ is moving towards ‘station-city-human integration’.

Years of experience has led LWK + PARTNERS to believe that Green TOD is the core driver of sustainable development amid rampant urbanisation and traffic challenges, while also taking into account every city’s unique characteristics. The advancement of information technology and smart city initiatives will also be closely linked with TODs, which are urban centres with intensive business and foot traffic, in realising sustainable urban development. 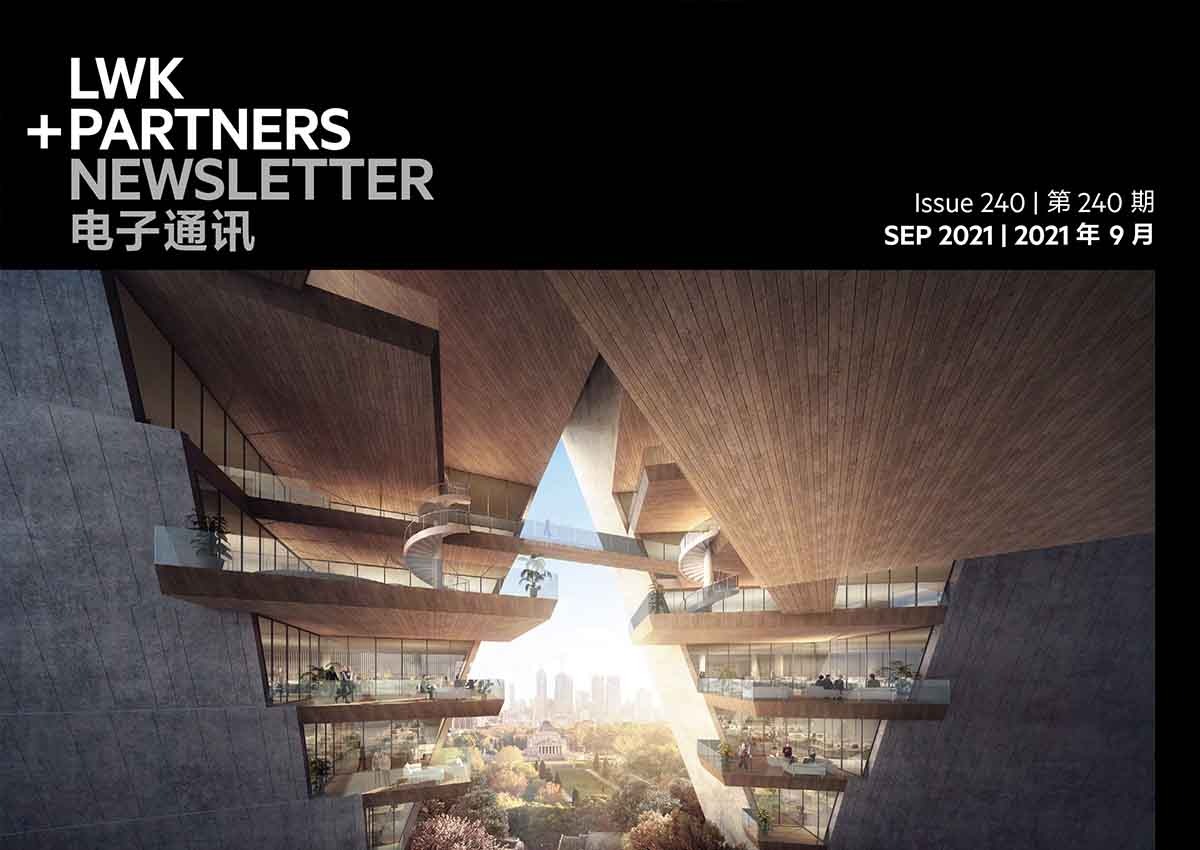 Newsletter Issue 240 is out! 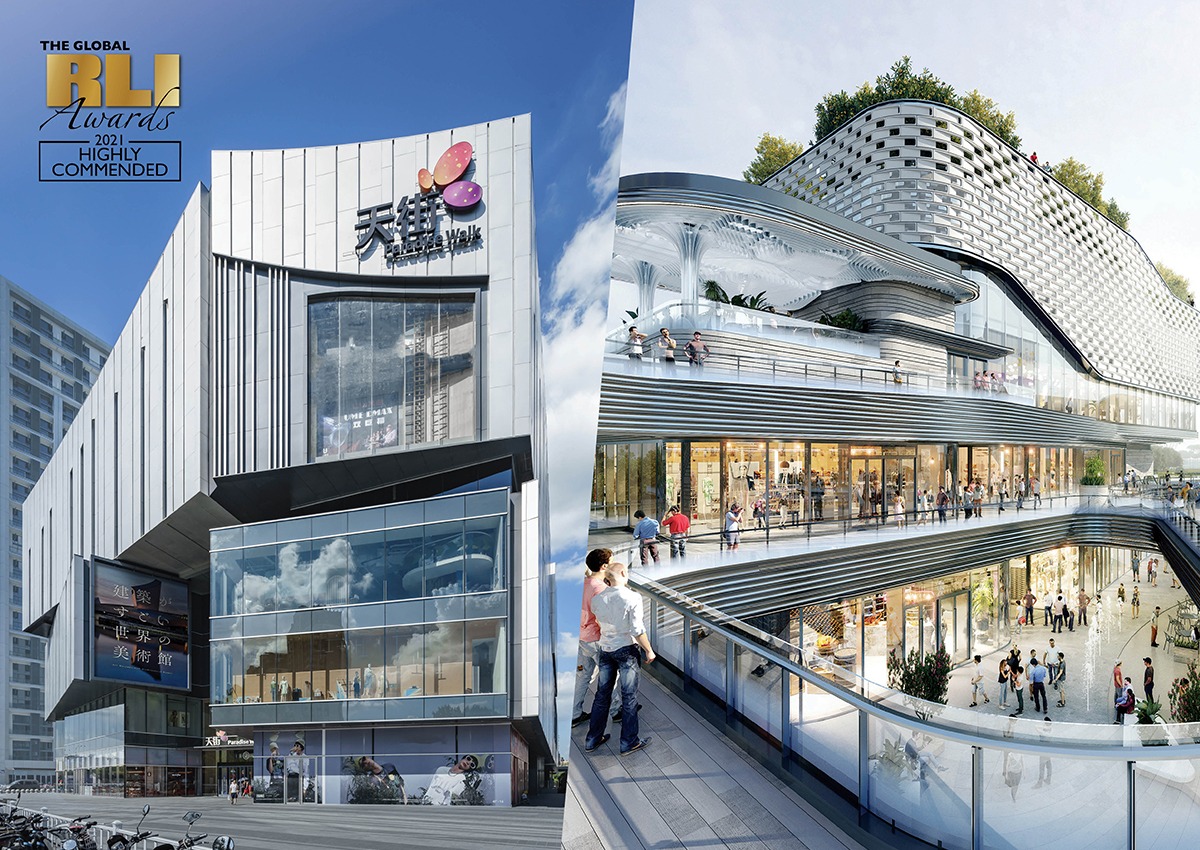