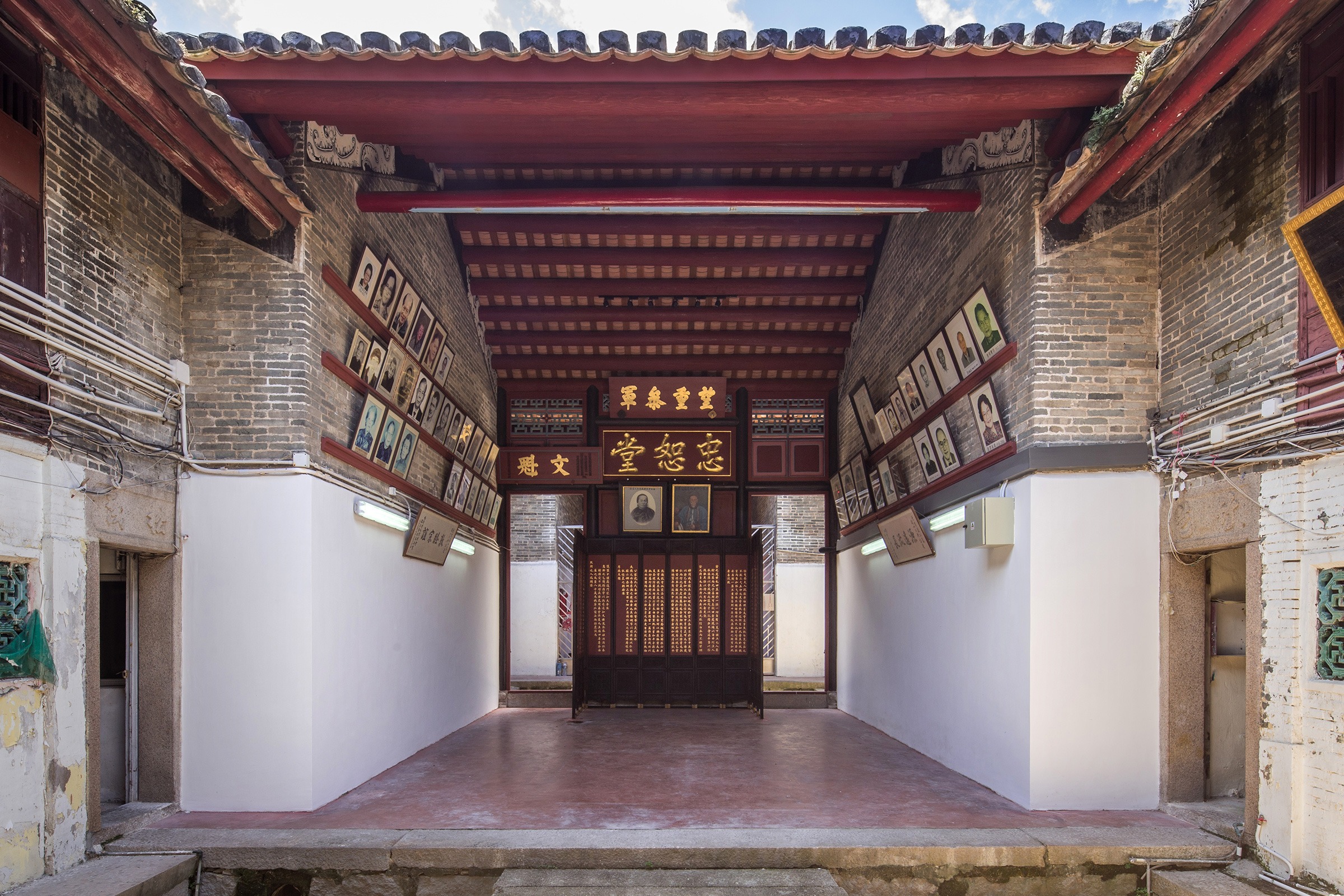 The construction of Tsang Tai Uk started in 1847 following the Chinese traditional Wuhua fortified walled village layout. It was completed in 1867 after 20 years of construction. The ancestral hall adopted a three-hall design and sits on the central axis of the building cluster. We renovated the Middle Hall, which is the venue for the clan to hold important discussions and celebratory ceremonies. It also contains a set of ceremonial screens of high historical value, which is dedicated to the founder of the village.

The renovation has completely restored the decayed roof, solving leaking and termite infestation problems. Thorough restoration of has been carried out on all plaques, murals, screen doors, woodcrafts, ceremonial screens and walls on the two sides, so that its past glory can be once again reinstated.