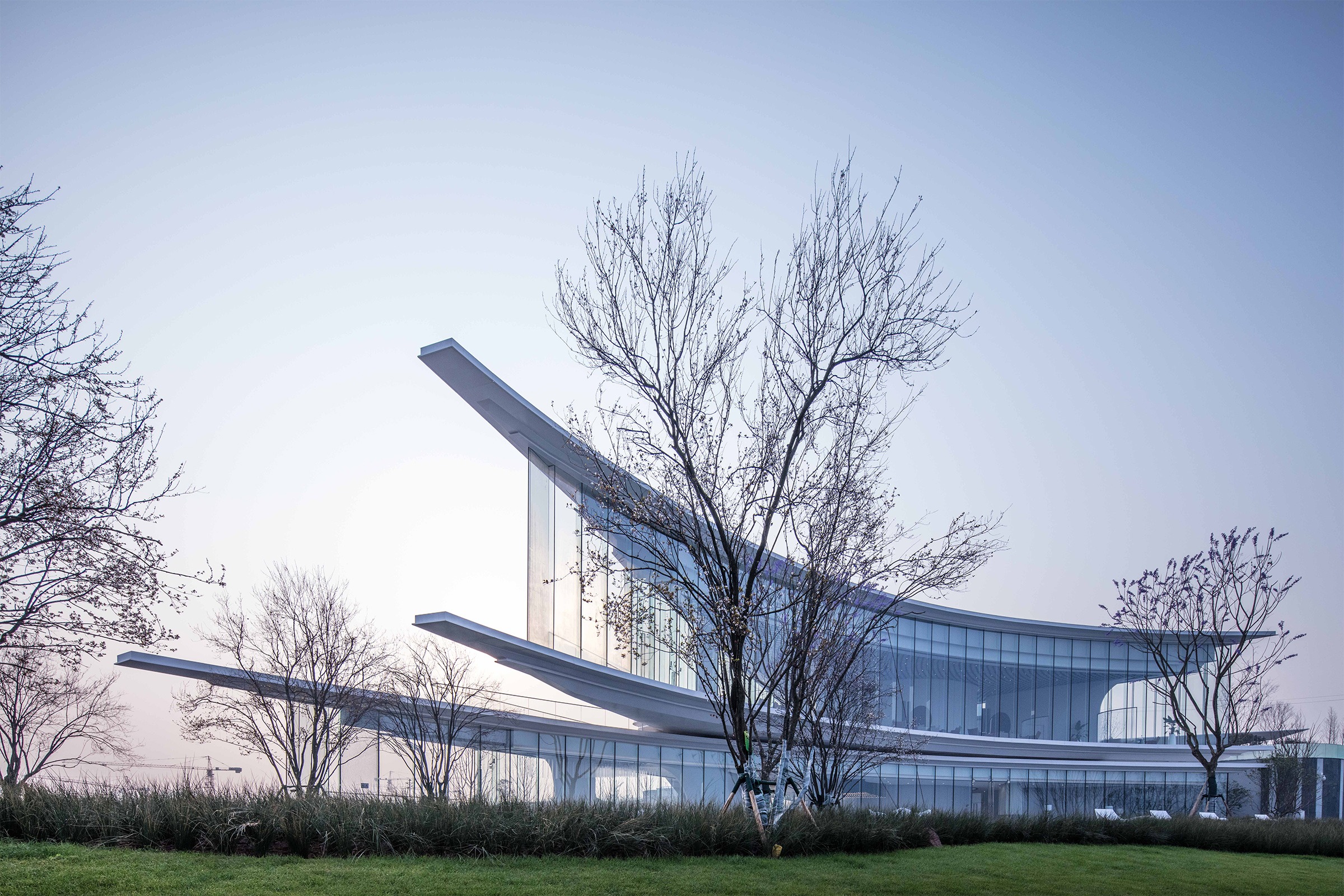 As a lifestyle gallery, Jiangshan Yun Chu – Legend Gallery in China is a trial for and response to localised architecture by LWK + PARTNERS. Sitting on a triangular site at the highest point of the cliff close to the Jialing River bank, it explores the spatial interaction between nature and urban space.

The architecture is subtly filled with images of cliffs, riverbends, sunsets and mountains, where shapes of natural features were interpreted as simple curves cutting across the sky. To better assimilate with the surroundings, the building merges into the mountains and is embedded in the cliff rocks. The elevation contains over 180 panes of customised glazing, inviting sunlight to penetrate the gallery and fall onto the city behind it. The entire second level has been rotated, adding an artistic twist to the impressiveness of the cliff. The building also has an 18-metre-long overhanging observation terrace commanding views of the city.