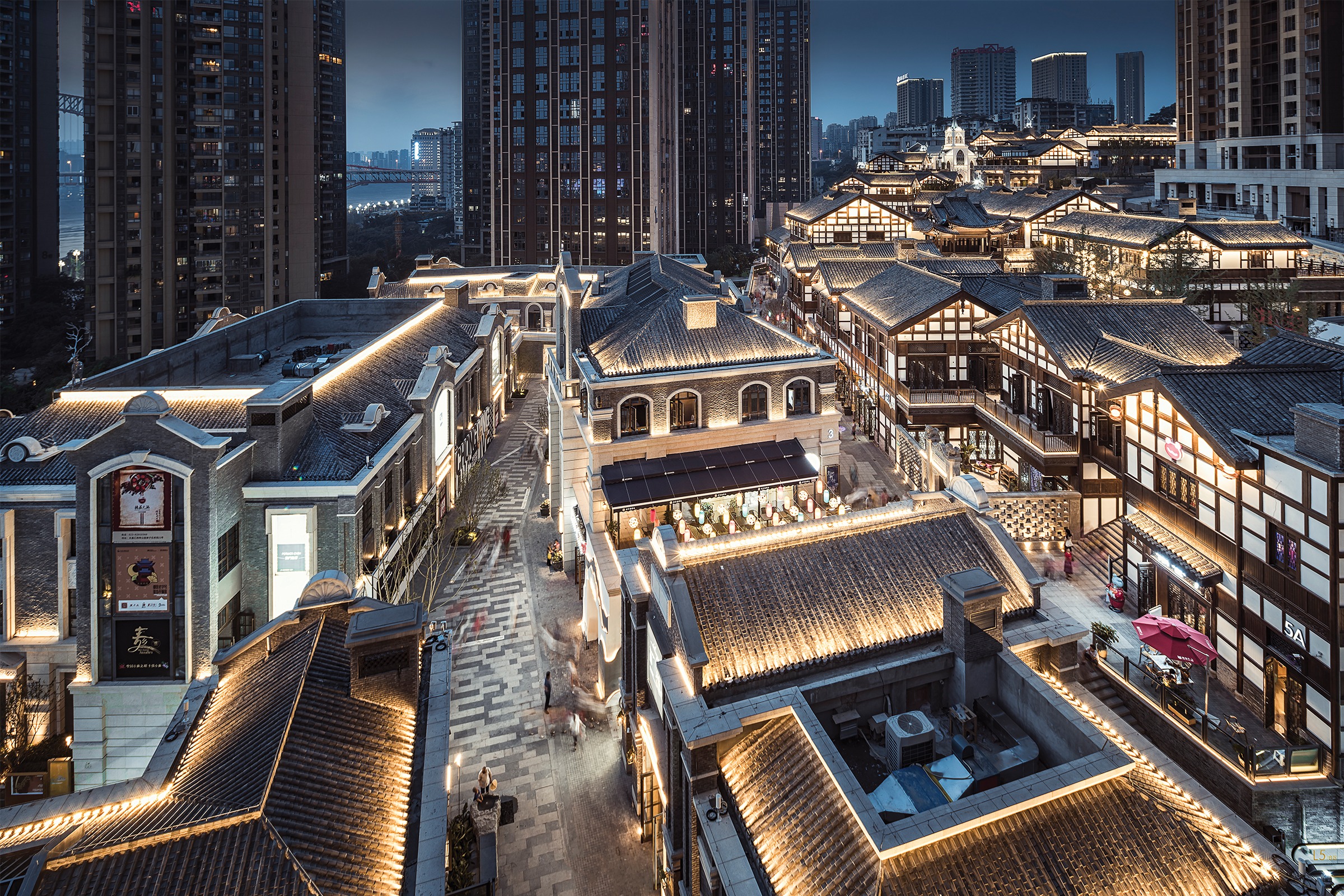 The commercial regeneration project has not only elevated the commercial development of the area, but has forged a comprehensive cultural retail experience. It bridges the old and new as well as the oriental and western. It is a perfect example of reinterpreting the past with a modern touch that highlights cultural heritage in line of new developments.

As Masterplanner and Design Architect, the project team adopted a modern Chinese architectural style. Inspired by the glamour of old Chongqing, many of the old scenic attractions have been preserved, while other historical buildings have been refurbished and revitalised.

The concept of ‘one street; two docks; four courts; ten scenic attractions’ outlined the variety that exists in the project, but more importantly, it revealed the central axis of the development – Danzishi Old Street. The historical and cultural aspect of the project complements its commercial value. By recreating these nostalgic streets in a modern light in line with current contexts, new value is added to old buildings, and together, they have composed a beautiful harmony.

The project is the first 4A national scenic area designated under the theme of ‘port culture and Grade 9 hill slope forms’.

Best Commercial Development of the Year (Southwest and Northwest Divisions)