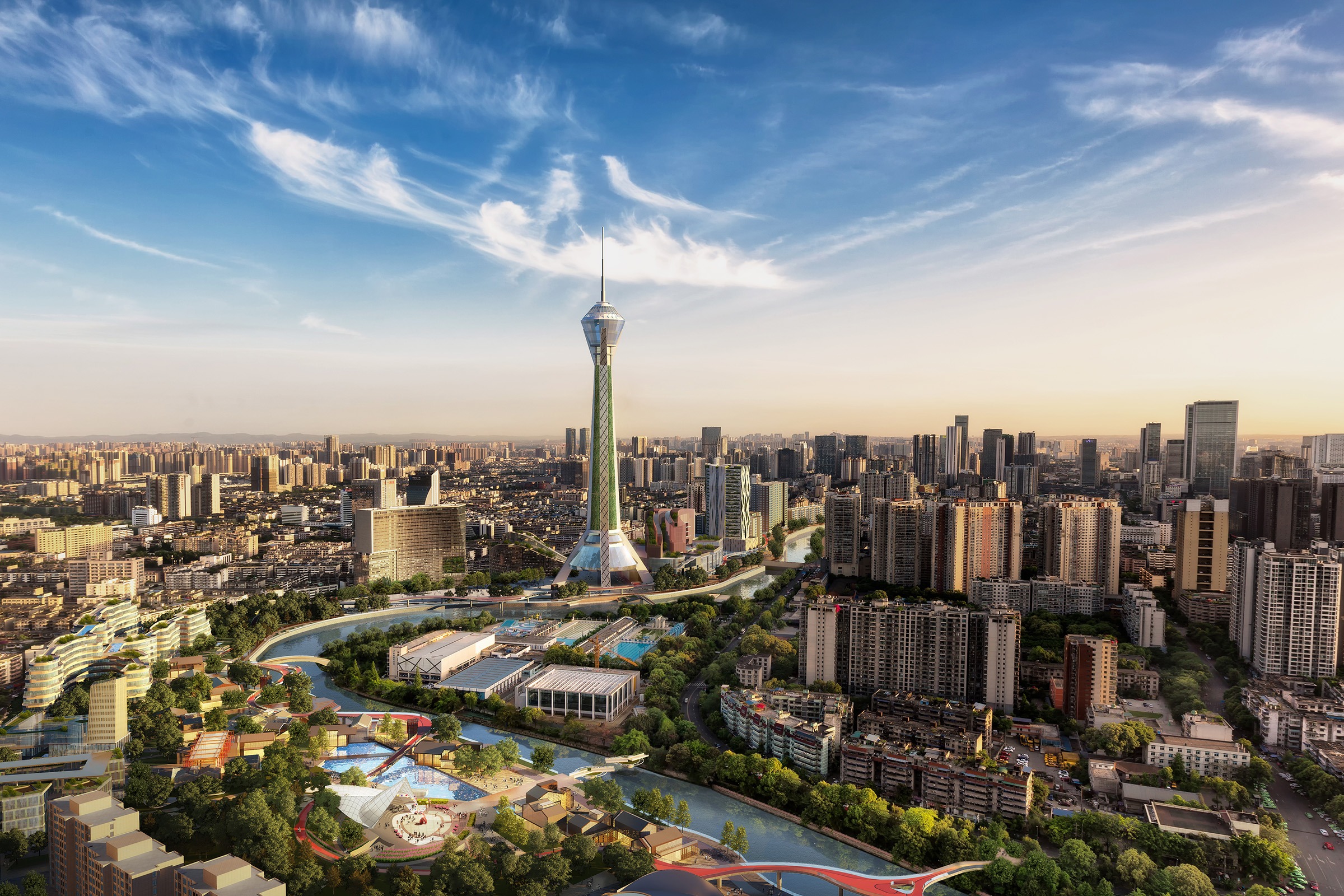 Three existing landmarks of the area, including the 339-metre West Pearl Tower, State Taxation Administration Building and Tong Mei Building, will be transformed into three urban anchor nodes symbolising the past and future of Chengdu and its connection to the world. New programmes are assigned to the respective spaces and their façades will be redesigned to integrate progressive social and environmental objectives.

One of the highlights of Mengzhuiwan’s regeneration plan is to reintroduce nature and wildlife to cities. The plan takes form of a 2.5-kilometre riverfront site along the Jin River, making the waterscape a central design element. An elevated walkway called the ‘Fantasy Silk Road’ connects to multiple landmarks and points of interest including the three anchor nodes, providing various points of attraction along the river where people can engage with the river, while attracting new businesses and improving the overall living quality of existing residents.