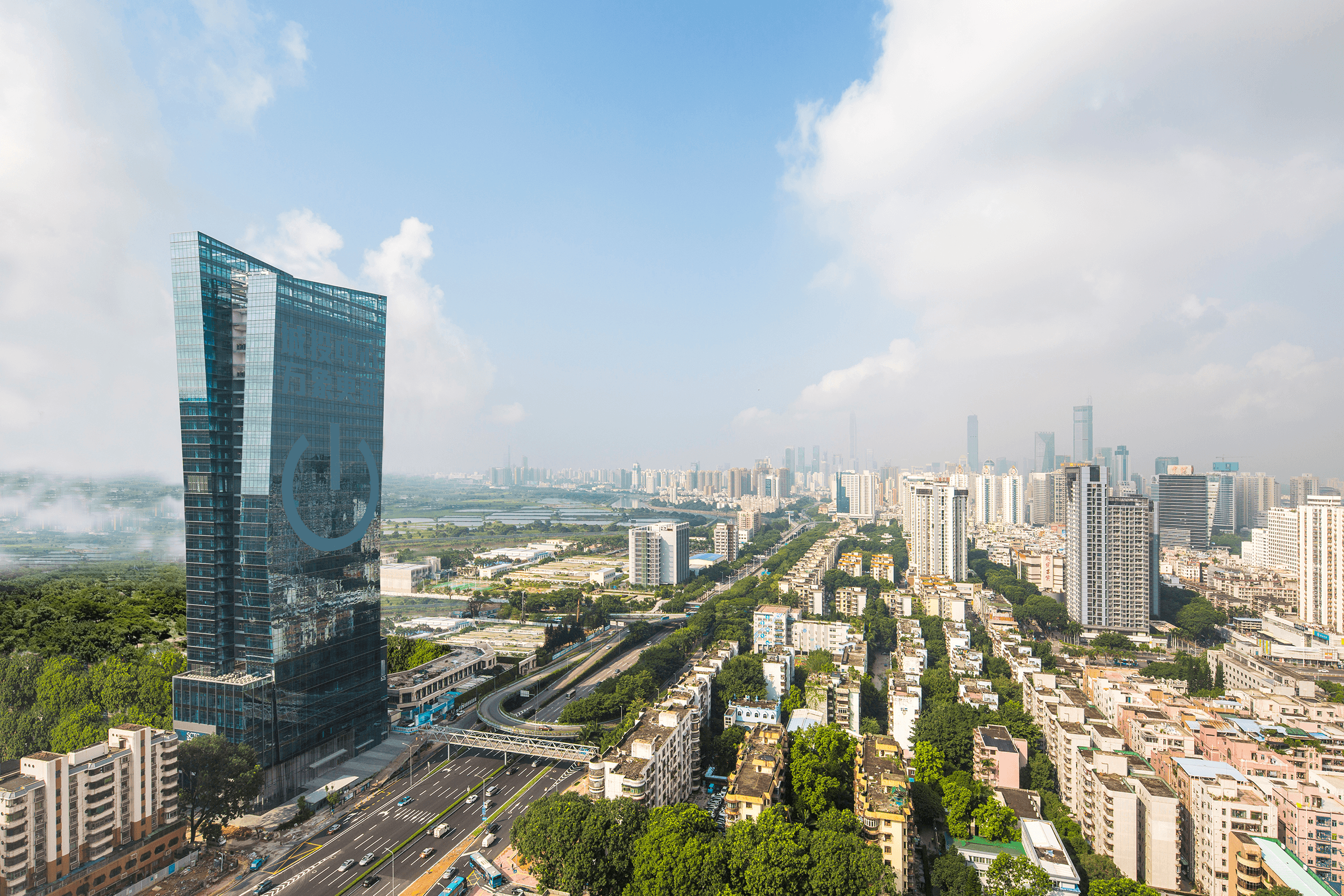 Located in Lu Dan Village of Luohu, Shenzhen, the project enjoys a significant view of the river and a direct access to Shenzhen Metro Line 9. It is the first eco-landmark along Binhe Avenue. The building height is approximately 150m, consisting of a 3-storey basement, 7-storey commercial podium and 26-storey office building.

We adopted a Double-Sided + Upwards concept to overcome noise pollution from the main traffic roads and to and visual blockage by surrounding building. "Double-sided" refers to how the north side of the building complements the image of Binhe Avenue as the face of the city, while its south-facing orientation satisfies the general public’s preference for residential buildings. ”Upwards” refers to the manipulation of mid-level office orientations, which extends upwards to maximise office space and enhances the building form.