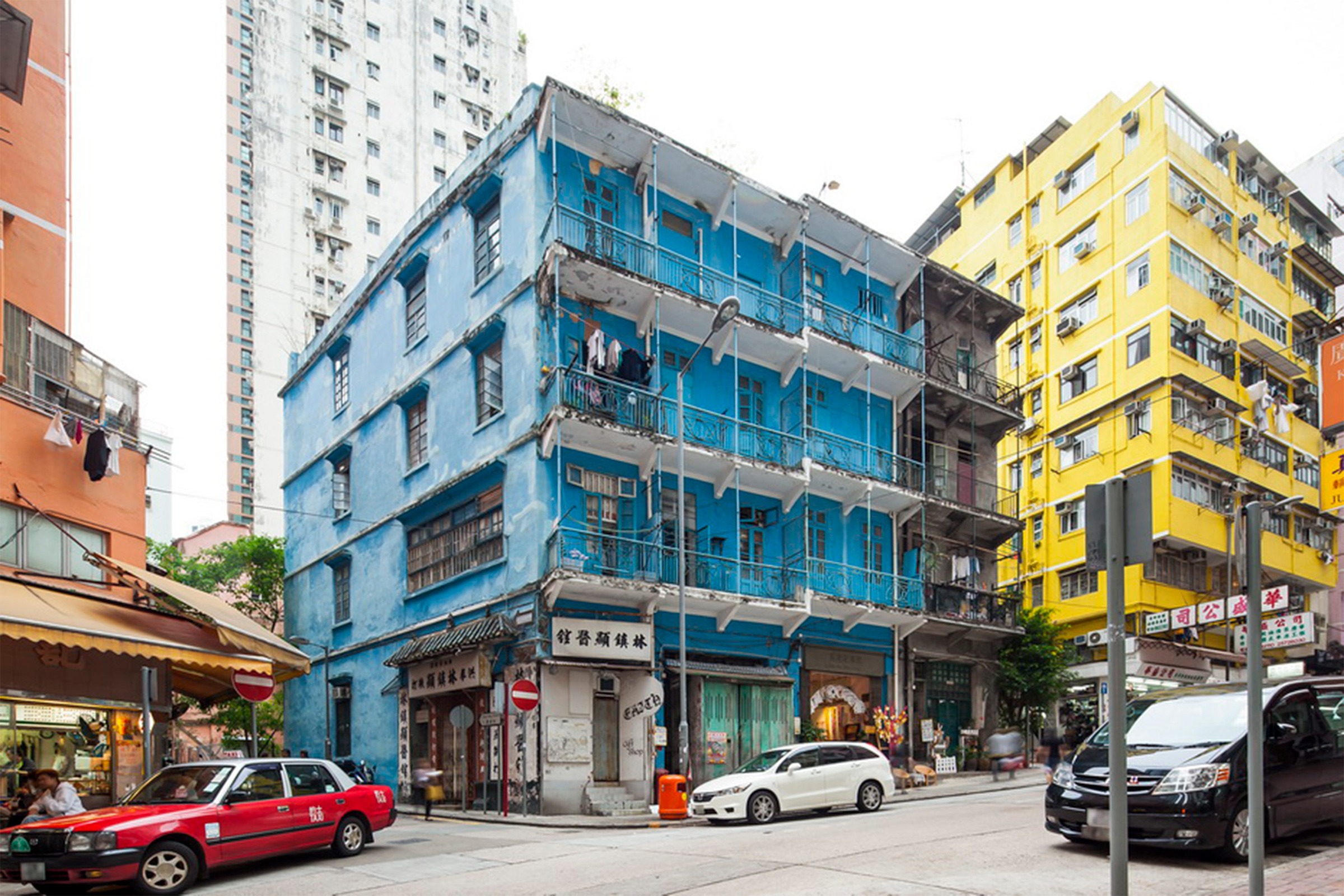 The Revitalisation of Blue House Cluster

The Blue House Cluster (BHC) is a rare surviving witness of pre-war Chinese tenements for the city’s urbanisation over the past century. The cluster is comprised of three buildings, namely Blue House, Yellow House, and Orange House, as well as the non-domestic open-air area around the buildings.

Among the three buildings, Blue House and Yellow House have been accorded Grade 1 and 3 historic buildings by the Antiquities and Monuments Office of the Leisure and Cultural Services Department respectively. The BHC is the first revitalisation project of the Hong Kong government to adopt the “Retain House and Tenant” approach. The revitalisation preserved not only tangible and intangible heritage, but also promoted and sustained the local network and culture in the neighbourhood. The community bond was carefully maintained and further enhanced through various engagement initiatives and new inter-building enhancements.

In the revitalisation of the Blue House Cluster, most of the original materials were repaired and reapplied in the revitalisation project. In cases where a component must be replaced, it would be marked so that people would know that it was not an original part of the building, but a new addition. The Blue House Cluster showcased a rarely seen bottom-up project – the project team sat and listened to the residents, finding out what are the things that they cherish about the architecture, and made sure to keep those features in the revitalisation. Understanding the limitations of their living environment, the team made improvements and installed new facilities for the building, so that the revitalised Viva Blue House could accommodate those needs, and still align with the ultimate goal of preservation and current fire and safety regulations.

The success of the project is the fruit of the team and other stakeholders’ joint dedication to the noble cause.

Medal of the Year of Hong Kong