LWK & Partners (HK) Ltd. (“LWK” or the “Company”) is proud to say that we have successfully reinterpreted the podium-tower typology with Olympic Vanke Centre. Led by LWK Director Ferdinand Cheung, our team is responsible for the masterplanning, architecture design and interior design of this innovative working hub, which promotes interactions, active engagement and sustainability.

Located in the heart of the Qianjiang Century City district, a Central Business District (CBD) of Hangzhou at the door of the 2022 Asian Games Village, Olympic Vanke Centre has a site area of 13,969 sq. m., and a gross floor area of 95,521 sq. m. The development includes two office towers, a shared podium housing food and beverages (F&Bs) and other amenities, and three underground levels used as a car park, complete with an integrated servicing area. The development is expected to be completed in 2021.

Zooming in on the buildings, the taller tower of the project is expected to house corporate tenants, while the lower tower features numerous cubicle work stations with a generous common area intended as a breeding ground for start-ups and entrepreneurs. The podium includes two levels of F&Bs and other connect amenities, such as a gymnasium, cafeteria and entertainment spaces. The programmatic stacking blurs the work-life distinction, providing space for the formative generation to enjoy a smarter lifestyle. Zooming out to take a broader view of the site, after identifying major pedestrian access routes both from the adjacent metro exits and neighbouring developments, vehicular access to the buildings has been grouped at the rear side. This is done to enhance pedestrian safety and hence higher walkability in the hopes of promoting urban permeability.

In terms of design concept, pivoted around a landscaped void at the very heart of the site, the lifted podium rotates and shears horizontally to open up cascading outdoor terraces with a spectrum of degree of publicness. The ‘unscrewing’ force turns parasitic to erode the main tower up to its crown, chipping off the massing to unveil a roof terrace dedicating to the city’s spectacles. The convergence of the two towers at the lifted podium is highlighted by the continuous deep-setting spandrel fins, which portraits sharp shadows dramatized by the changing sun angle relative to the spiralling building form. Continuity of outdoor space allows free movement of air and visual connection on plan and section; as well as encouraging human activities to spill out, expand and appropriate.

The façade of the two towers employs contrasting systems of passive sun-shading to limit direct insolation, which can, in turn, lower interior heat gain. The external supergrid of the curtain wall enclosing the higher tower regulates the oblique glaring nuisance to neighbouring traffic and buildings, whereas the horizontally slicing timber planes of the window wall enclosing the lower tower mellowly reflect light that exudes a natural and living quality. Moreover, each tenant unit are equipped with dedicated air-conditioning systems. Individual temperature control allows tenants to optimise their indoor environment to their best comfort, and added incentive for energy saving practices to promote environmental awareness.

Situated in an expansive new development area still searching for an identity, the project seeks to create an oasis to mitigate the blandness of the surroundings. The plant-lined pedestrian zone compresses to funnel the walk flow into the central courtyard. Focal emphasis is afforded to a locally sourced ginkgo tree, blotting the courtyard space with its golden leaves at season’s call. A semi-public podium roof garden serves as a bridging leisure space between the two office towers, promoting symbiosis and creating networking occasions for different building users.

LWK Director and Principal Architect of Olympic Vanke Centre, Mr. Ferdinand Cheung, said, “Being the host of the 2022 Asian Games, Hangzhou is attracting much attention from the global community. Olympic Vanke Centre will be a high-end, open, multi-functional landmark architecture at the heart of it all. It is a multi-dimensional complex that bears the Olympic image while embracing nature. It will be an icon on the city’s elevation, and will stand to be an example of a rational response to environmental needs for commercial architectures.” 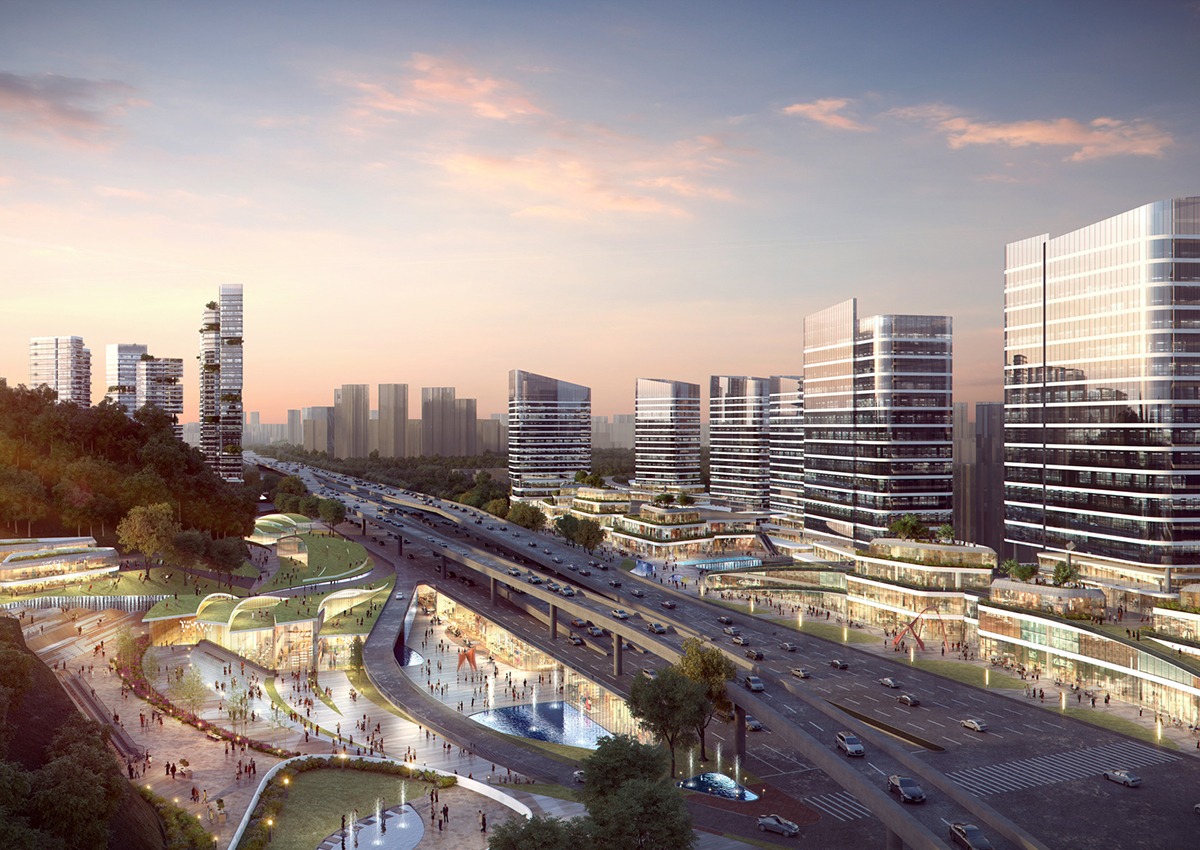 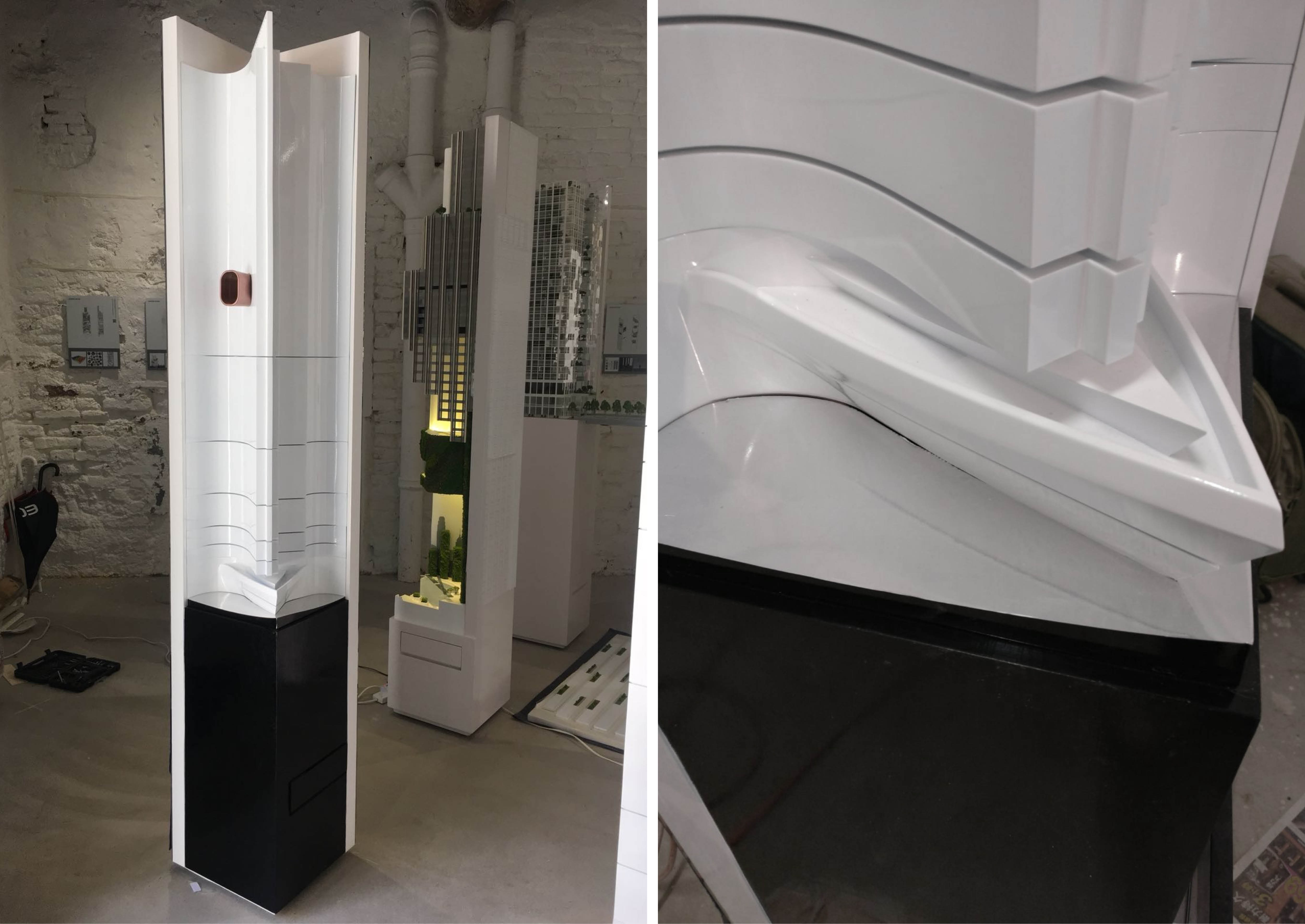